A Brief History of Mission To Haiti

In 1960, Bill Nealey Sr. was invited by missionaries to visit the country of Haiti for a few days. Bill and Ann had only been married for two years. They were serving in their first church in Tampa, Florida. They were open to the Lord’s leading to serve on the mission field.

Bill flew to Jamaica in a Pan American jet and then changed to a smaller plane in order to fly to Haiti. At that time, the International Airport did not exist. As the small plane flew over the mountains of Haiti, Bill saw hundreds of little villages scattered across the countryside. He wondered if the people who lived there had ever heard the Gospel of Jesus Christ.

The missionaries met Bill at the small military airport in Port-au-Prince. Within a short while they arrived at the missionaries’ compound. The next morning, scores of Haitians began arriving to ask for food. They were the poorest people of that area. Bill had never seen such poverty. On Sunday, Bill went with the missionaries to hold a church service in the mountains. It was the first time that Bill had the opportunity to preach the Gospel to people in Haiti. It was this experience the Lord used to plant the seed for full–time service in Haiti.

In 1976, Bill had the opportunity to visit Haiti for the second time. He and a deacon and another pastor from Miami spent a week in Haiti. They went to the rural community of Saint Michel de l’Atalaye. This trip was more eye opening than the first one. At the time, it took 12 hours by Land Rover to reach St. Michel from Port au Prince. Pastor Devil Legrand was the local Haitian pastor. He was building a church in Saint Michel and needed help. Pastor Lagrand experienced much opposition from local witch doctors. The power of voodoo was pervasive, but the Gospel was taking root. It was during this trip that Bill felt the Lord’s leading to begin a full–time work in Haiti.

The following year, in 1977, Bill brought a mission team from his church to go to Saint Michel. Bill Jr. was on that team. The group spent 10 days visiting mission outposts across northern Haiti. The team preached the Gospel in brush arbor churches and dozens of people were saved. They stayed in native homes along the way and relied on the local Haitian Christians for their meals. It was a challenging trip, but the Lord used that experience to create the foundation for the work that Mission To Haiti would be doing in Haiti.

Bill Sr. continued to take mission teams to Saint Michel each summer. The work grew. In 1980, Bill and Ann determined that the Lord was calling them to serve full–time in Haiti. Bill resigned his pastorate at his church, and on January 1, 1981 Mission To Haiti was born.

Mission To Haiti quickly grew. Mission teams became a central focus of our activities. The teams were involved in construction projects to build churches, clinics and Christians schools. Medical teams went to these rural churches to hold clinics for those who had no access to a doctor or nurse. The teams also held Bible schools so that children could hear the Gospel.

In 1986, Mission To Haiti bought a piece of property in the community of Cazeau, which is our present day Mission Campus. At the time, Cazeau was a rural community on the outskirts of Port au Prince. Today, it is a bustling urban center and the headquarters of our work in Haiti.

In 2021, Mission To Haiti celebrated its 40th Anniversary! After 40 years, the Lord continues to enlarge this work.

Our Vision is to Equip Haitians to Change Haiti for Christ.

Where there is no vision the people perish… Proverbs 29:18 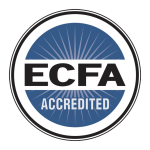